In 1870, St. Paul received official word that it had been inducted into the African Methodist Episcopal Church system, headquartered in Philadelphia.

On April 15, 1878, the land for the church was purchased for the sum of $55 from Benjamin and Dilsy Craig. The church building was erected on December 29, 1892, standing here for 141 years. St. Paul hosted it first Annual Conference in 1902. There have been many improvements to the existing property but nothing taken away. It stands proudly as an historical landmark of the community and of the State. 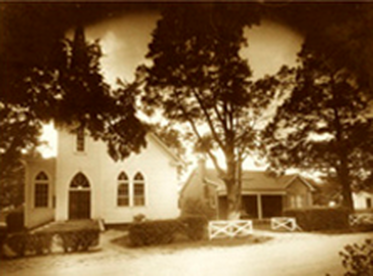 Prior to being bricked in 1964, St. Paul AME was a wooden structure.
The church was first renovated in 1915 under the guidance of Reverend William H. Carter. His wife was the church organist. During the early 1930’s under the leadership of Reverend C.C. Scott, the membership grew to the point that the church sanctuary had to be enlarged. This could possibly be attributed to the popularity of Rev. Scott who also served as the principal of the Negro school during his years of pastorship at St. Paul.

Reverend C. Stroud was one of the notable spiritual leaders of our church. He organized the first youth choir, the first junior choir and the usher board. He participated enthusiastically in community activities. In 1958, Reverend R.L. Upshaw continued the goals of caring for and improving the church. He remodeled and bricked the parsonage, thus providing a comfortable living space for future ministers and their families.

In June 1964, under the expert leadership of Reverend T.P. Duhart, the church sanctuary underwent a transformation. The entire church was bricked and a fifty-foot annex was added. There was also the addition of an adjoining garage and a kitchen. The interior of the building was made new by installing white oak pews, erecting a youth choir stand, fitting the pulpit and the annex with new furnishings, purchasing an organ and installing the memorial stained glass windows.

Reverend J.T. Epps came to St. Paul in 1970. Under his pastoral guidance new carpet was installed, a new organ was purchased and the annex was fitted with wood paneling. In 1974, the renovation program was completed with the purchase of the adjacent property for parking while under the leadership of Reverend T.L. Coble. Later, while Reverend Carter pastured St. Paul, the white oak pews were padded and covered with the beautiful blue fabric that we have today. This made the seating more comfortable for worship. He also installed the public address (PA) system.

Reverend Nathaniel Gaylord, an impressive pastor, was also an educator. He encouraged us to form what we now celebrate as the Sister Parish relationship with Chapel of the Cross Episcopal Church. The experiences enjoyed in this relationship has enlightened us and broadened our understanding of one another as a people and as fellow Christians. This relationship stands as a source of spiritual growth for the members of St. Paul to be a part of the campus ministry at the University of North Carolina. This application had to be accepted by the governing bodies of the University. The permission was granted to St. Paul, yet Reverend Gaylord left soon after this and the project stood incomplete.

Enters now, the Reverend John D. Burton.  Reverend Burton was considered by many as an efficient organizer and communicator. He served the church with unyielding zeal and commitment. He took up the unfinished campus ministry project and brought it to fruition. Reverend Burton fostered the Sister Parish ministry. He was a community worker serving on several local boards to include the Department of Social Services, Smart Start and the Chapel Hill Training Outreach Project, Inc. Reverend Burton was a champion for social injustices and his work spoke for the same. He helped the membership open their arms to the Spanish speaking community, allowing for the present Latino services which are now held weekly in our sanctuary. Under his guidance our doors opened to persons recovering from substance abuse; Narcotics Anonymous now holds two meetings weekly in the annex. Reverend Burton fostered the opening of our doors to the community, thus the impetus for making more room in our annex. An interior wall was removed to expand the space for meetings and other gatherings. The kitchen of the church was completed renovated under the direction, guidance and perseverance of Reverend Burton. Before being reassigned from St. Paul, Reverend Burton started the van drive. He recognized the need for a church of our capacity to provide transportation for the membership to Sunday School, services and other church sponsored activities.

The next pastor, one of our own, Reverend Larnie G. Horton. Reverend Horton is a man of many talents and of great vision. He uses his spiritually charismatic and knowledgeable leadership to pastor us, his newest flock. Upon taking over the helm, Reverend Horton hit the ground running. He immediately finalized the van drive with the purchase of a bus. The bus soon went into service to transport members to Sunday School and church as well as to off-site church functions. Reverend Horton formalized a plan with the church’s governing bodies to expand our present facilities. He carries the banner of progress past down from the forefathers of this church. We have been jump started and revived by his enthusiasm as a great spiritual leader doing service in God’s vineyard. Under Rev. Horton’s leadership, St. Paul’s Non-profit was organized, The Grape Arbor Development Corporation.  Since its formation in 2002, Grape Arbor has targeted its services to youth in grades K-8.  In 2004, Rev. Horton was appointed Presiding Elder of the Central District of the Western North Carolina Annual Conference.

In 2004, we received our current pastor, Reverend Thomas O. Nixon.  These are some of the accomplishments /improvements at St. Paul during Rev. Nixon's assignment in his very first year: Installed a sound system-Audio Outreach tape program, purchased digital piano/organ, upgraded the inside and outside of the church, began Mid-week Worship Services, implemented a 10-year Vision Plan for increased spiritual growth through worship, winning souls for Christ, and increasing attendance.  He also began our Men and Women’s Conference including community outreach. Under Pastor Nixon’s leadership, St. Paul has embarked on a vision to build a new house of worship, to the honor and glory of God.  In 2007, twenty-two plus acres were purchased for the building of the new Worship Complex Sanctuary, to incude: Multi-purpose Banquet Hall, Wellness Center, Daycare, Senior Housing, Affordable Apartment Housing, Athletic Fields and Cemetery.  St. Paul’s second non-profit  corporation, (St. Paul NIDA, Inc.), St. Paul Neighborhood Improvement Development Association was created to serve as the Parent Company of the new business entities.

In 2017, Dr. Michael A. Cousin, Sr. became pastor at St. Paul. He established a new official website for the church and recommitted St. Paul to ministering in its present community, standing proudly as a historical landmark through the Triangle.

The Pastors’ of St. Paul AME Church have all worked diligently to maintaining the integrity of the Church’s philosophy and its structure.  Since 1865, the philosophy established by Bishop Payne and our founding father, Richard Allen continues. St. Paul continues to foster the attitude of worship free of barriers such as race and cultural differences. St. Paul AME Church historically and still presently serves as a beacon of hope, progress, spiritual revival and religious freedom. 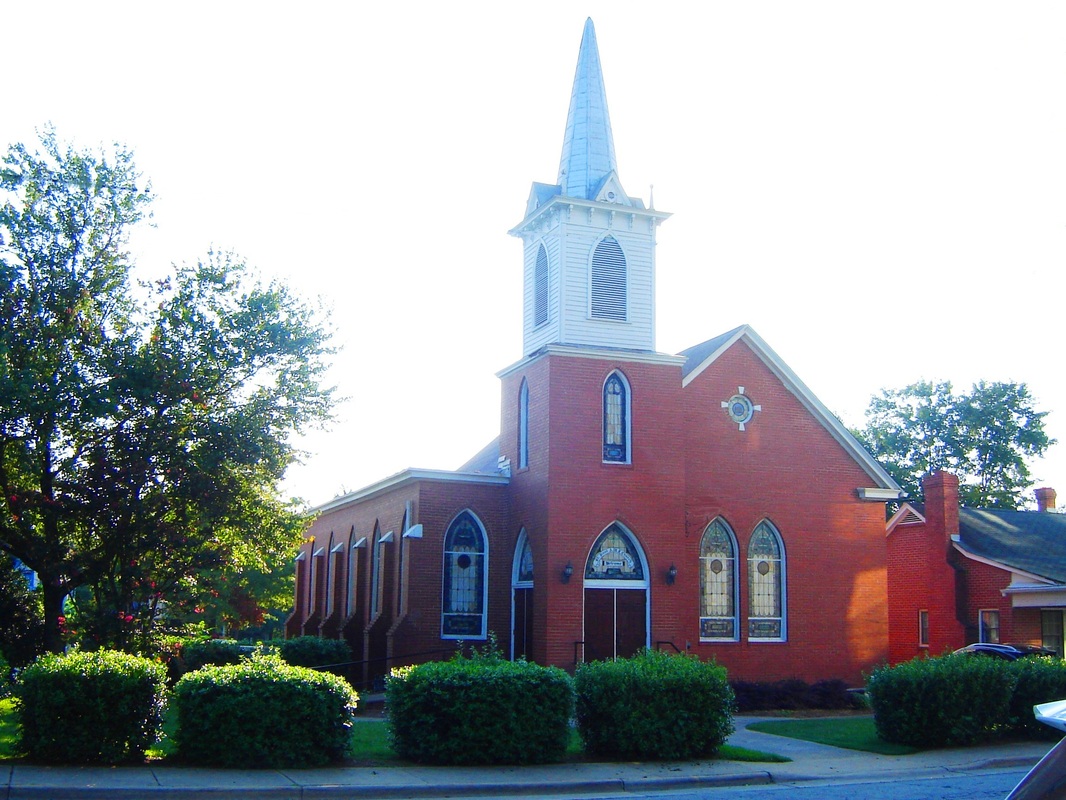